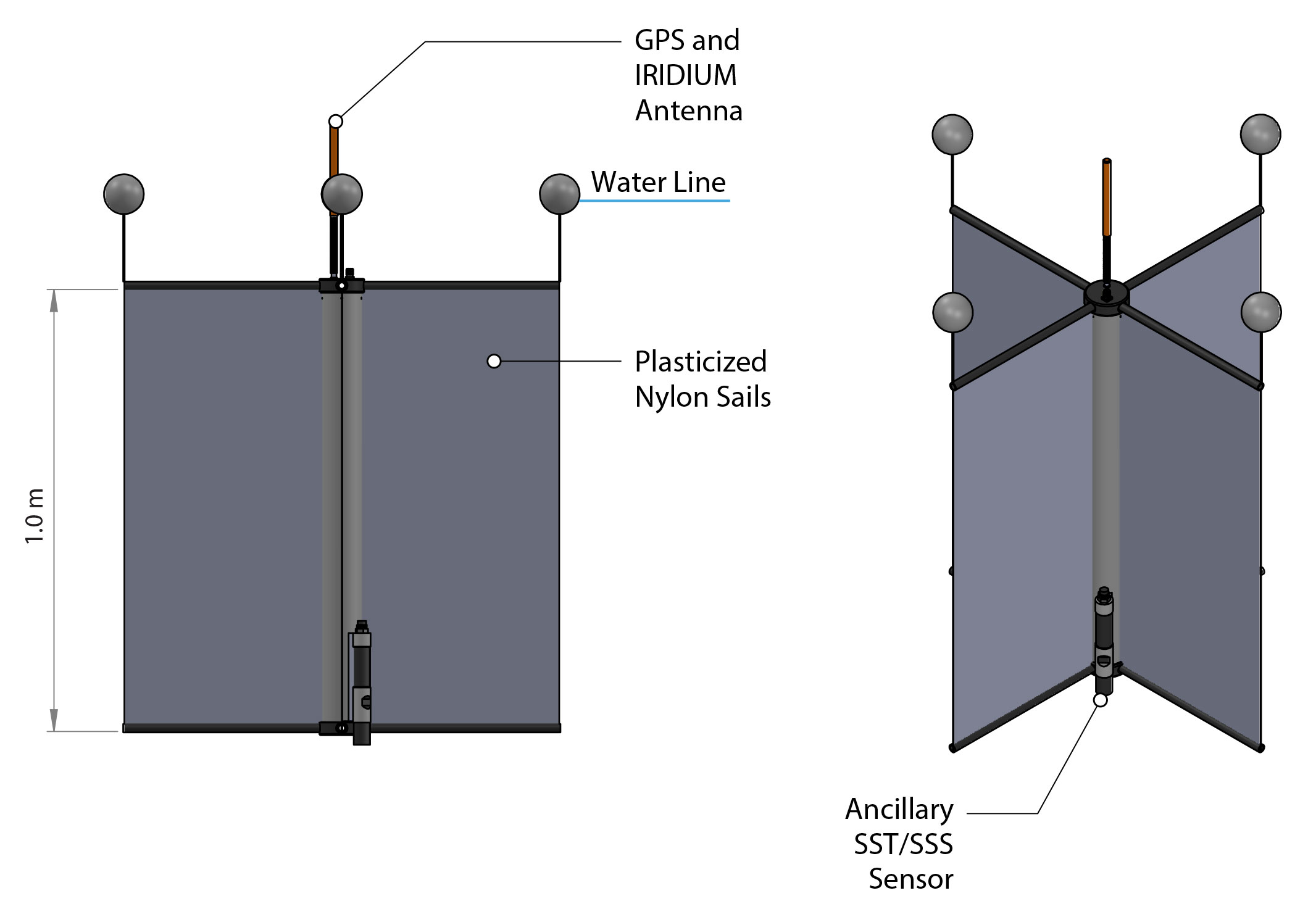 The CODE drifter (Davis, 1985) was designed as an inexpensive water follower to track currents in the upper meter of the oceanic mixed layer. However, as of today, the cost of a CODE and SVP drifters is similar. The CODE drifter consists of a cylindrical hull, 10–15 cm in diameter, that contains the batteries and electronics. The drag element consists of four sails made of plasticized nylon arranged in a cross-like shape. The CODE drifter is slightly negatively buoyant, and four small floats connected to the end of the arms to which the sails are attached provide the extra buoyancy to ensure flotation.

The CODE drifter is considered an accurate water follower. Laboratory wave tank tests have shown that, if the drifter stays upright, the slip through the surrounding water is of the order of 1 cm/s for moderately sized waves (Davis, 1985). However, it is likely that in presence of large breaking waves the drag of the submerged part is affected by substantial tilting of the buoy, resulting in possible rectification of the relative motion of the drifter with respect to the wave orbital velocity. Poulain et al. (2009) found that the CODE drifters measure a wind-induced Ekman current that is approximately directed at 28°–30° to the right of the wind (in the Northern Hemisphere). This is much less than the 45° angle predicted by the Ekman theory (e.g., Gill, 1982) and closer to the angle found for undrogued SVP drifters, which is generally more downwind, at about 17°–20° to the right of the wind. This suggests that the CODE drifter may be subject to more wave-induced downwind leeway than the SVP drifter.

The lifespan of the CODE drifter is about one year.