The Global Drifter Program and Lagrangian Drifter Laboratory (LDL) are helping the Center for Western Weather and Water Extremes (CW3E) to collect critical data to support their forecasts and assessments. Figure 1 shows the drifters that the CW3E and LDL have deployed that are still reporting (solid orange), as well as other drifters in the domain: with sea level pressure (SLP; orange) and without SLP (blue). Figure 2 shows the original deployment. Additional drifters with SLP sensors and Directional Wave Spectra Barometer Drifters (DWSBDs)  were deployed in late February 2020 for the region where the residence time is long (the so-called “eddy desert”). It is expected the buoys will last six months and will provide data where no other resources are available. The deployment strategy and locations are done in conjunction with the CW3E’s Anna Wilson, Brian Kawzenuk, Luca Monache, and Marty Ralp, and ECMW’s David Lavers and Bruce Ingleby. 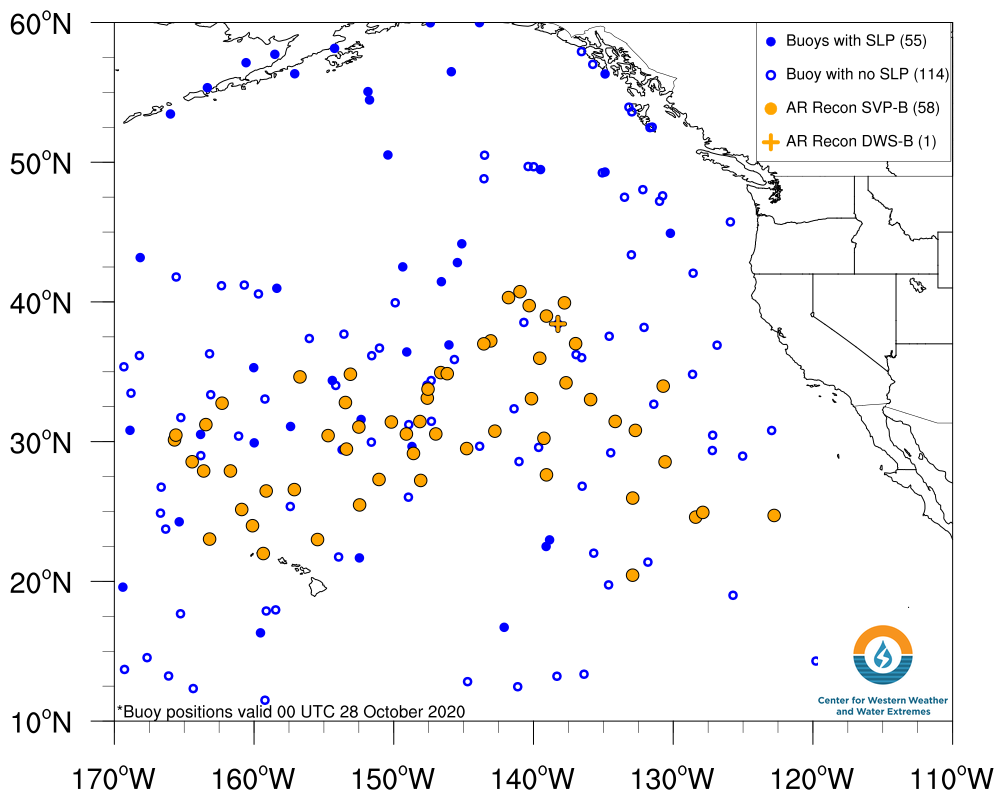 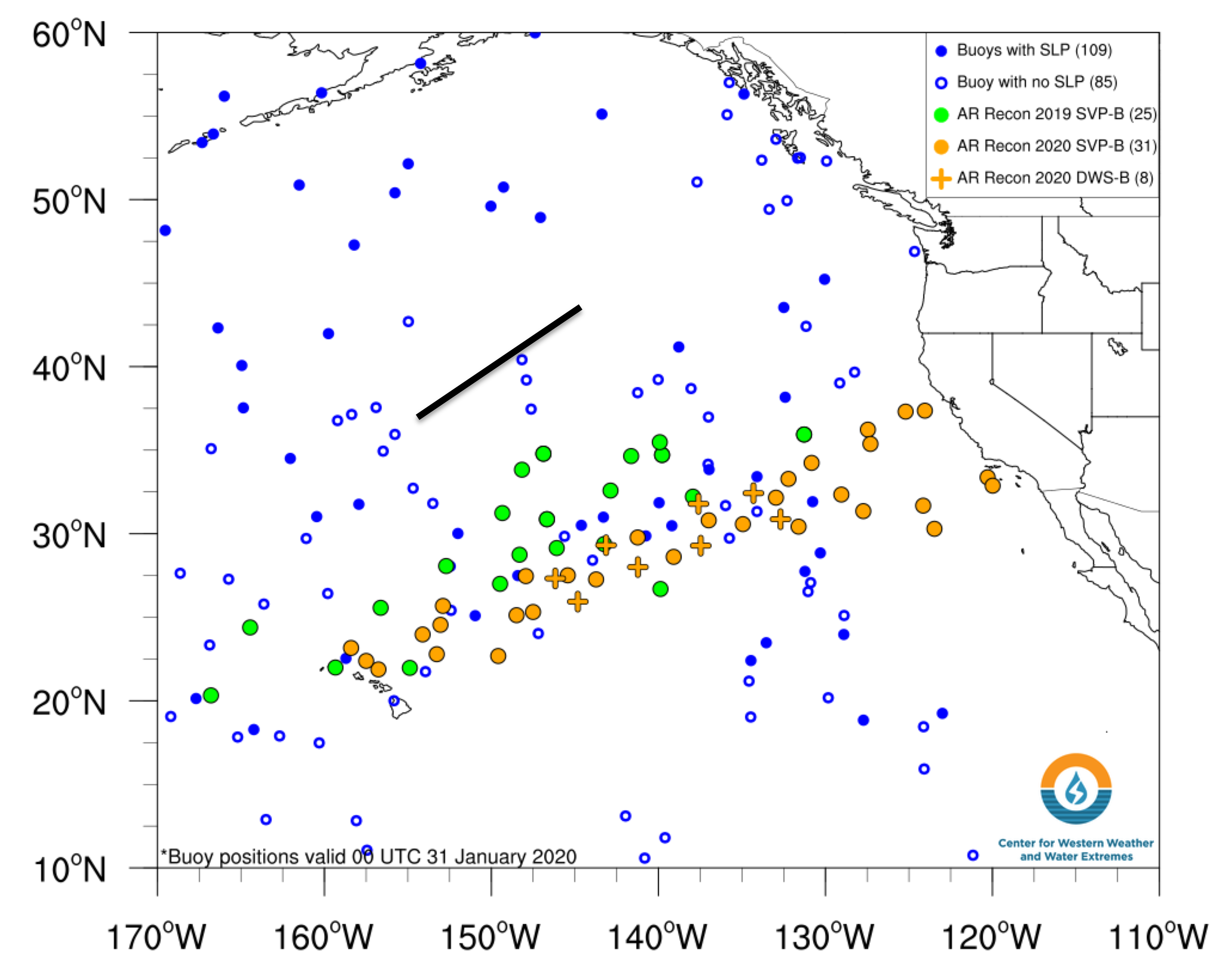